Home Accessories Hal Leonard Releases Olivia Rodrigo SOUR Songbook
Share on Facebook
Tweet on Twitter
Less than a month after the release of Olivia Rodrigo’s much-anticipated debut album Sour, Hal Leonard has published its matching songbook. The album was released on May 21 and immediately topped the Billboard200 chart, becoming one of the biggest debut releases of all time. It also recorded the second-largest week ever for a streaming album for a female artist. The album’s first single “Drivers License” was released in January 2021 and became an instant sensation: blowing up the charts and TikTok and debuting at No. 1 on the BillboardHot 100 singles chart.
The Hal Leonard songbook features piano/vocal/guitar arrangements for all eleven songs from the album including the smash hit single “Drivers License” plus: Deja Vu • Enough for You • Good 4 U • Happier • Hope Ur OK • Jealousy, Jealousy • Traitor • and more. It retails for $19.99 and is available from music stores everywhere or at www.halleonard.com.
In addition, Hal Leonard has editions for easy piano and ukulele also in the works.
About Hal Leonard
Founded in 1947, Hal Leonard is the world’s largest provider of music publications and music instruction materials. In its catalog of more than one million titles available in print and digitally, Hal Leonard represents many of the world’s best-known and most respected publishers, artists, songwriters, and arrangers. Their global headquarters is in Milwaukee, WI, and their distribution and printing facilities are in Winona, MN. In addition, they have offices in San Francisco, Boston, and Austin, TX, as well as abroad in Australia, Belgium, China, Germany, the Netherlands, India, Italy, Switzerland, as well as in London and Bury St. Edmunds in the UK. 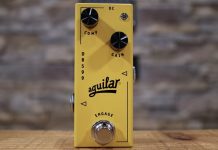